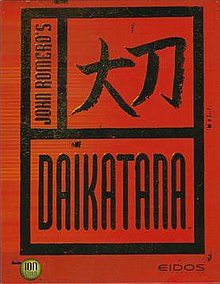 True to my New Year’s pledge, I’ve begun playing some of the previously untouched games in my library. I’m now about an hour into Diakatana and so far the game has taught me two things:

One: In this dystopian cyberpunk future alternate reality, blue collar workmen are terrified of techno-frogs.

Two: This cyberpunk future has taken sewer boxing to the next level:

Every time you put them on you watch the animation of your character pulling a cord to start what sounds like a 2-cycle engine. The sound persists as your hand vibrates, waiting to… punch people to death?

I expected to have a lot to say about this game, and I probably will later on, but this moment has left me kind of speechless.

One thought on “Daikatana – What a Weird World”